If you consider yourself to be a proud owner of a Toyota 4Runner as well as a boating or fishing enthusiast, you’re about to witness your two worlds collide. The Toyota 4Runner is not only a solid example of an impressive pickup truck in 2020, but it’s also capable of towing a large variety of boats and watercraft.

How Much Weight Can a Toyota 4Runner Tow?

Regardless of the type of Toyota 4Runner you own, your vehicle is capable of towing approximately 5,000 pounds in a single load. With an upper limit of over two tons, that means the 4Runner is highly capable of towing several types of boats you might be interested in.

Now that you know approximately how much your Toyota 4Runner can tow, you have a general idea of a weight limit your future boats should remain within. However, only knowing the towing capacity would require a lot of research on your end to find the type of boat you’re looking for that also fits within the given capacity. You should know exactly what types of boats you can expect your 4Runner to be able to tow.

What Types of Boats can a Toyota 4Runner Tow?

For example, though your 4Runner is capable of towing 5,000 pounds, you shouldn’t purchase a boat that weighs 4,700 pounds if your trailer weighs 500 pounds. This would give you a grand total of 5,200 pounds and put you 200 pounds over your vehicle’s towing capacity. This could severely affect your vehicle’s performance and engine.

With that said, here are types of boats your Toyota 4Runner can tow based on the average dry weight of each type.

Keep in mind that the values provided in the list above are simply averages and the actual weight of each type of boat may be significantly higher or lower than the given value depending on the model and brand.

Here are some brief descriptions of each type of boat and some examples of models that your Toyota 4Runner would be able to tow.

These boats are typically constructed from aluminum or other lightweight material and sport an easily recognizable design with a flat bottom and several benches within the boat. Most often, Jon boats are used for fishing in small bodies of water. These boats are so easy to transport that you might even be able to put it in the bed of your truck to bring it down to the lake.

Personal watercraft, also known as PWCs or Jet Skis, have both sit-down and stand-up models. These watercraft allow you to glide across the surface of the water and are controlled in a way similar to driving a motorcycle. Usually less than 1,000 pounds of dry weight, these are also very simple to transport.

These boats are ideal for spending days out on the lake, pond, or any other source of freshwater. While physically smaller in size than other fishing boats, bass boats are much lighter in weight and are much more efficient. These are the perfect boats for fishing locally.

Though most often used as a sort of rescue boat for larger ships, dinghies can also be used for casual boating experiences. These are very small boats that provide seating for several people. You can also purchase a motorized, inflatable, or rowboat style dinghy.

These boats are relatively high-speed boats that accelerate by propelling water from the rear of the boat. The description of what makes a boat a jet boat is rather vague and basically any boat that accelerates in this described manner can be considered a jet boat.

These boats are most commonly used for social gatherings, parties, and other large crowd events. Not only do these boats provide an impressive amount of seating for occupants, but they also are conducive to fishing, water skiing, or just spending some time out on the water with family and friends.

Also called wake boats, ski boats are boats designed to produce waves that are ideal for watersports like wake surfing, water tubing, and water skiing. Given their purpose, these boats are capable of reaching remarkably high speeds to provide a greater watersport experience.

Most commonly used for fishing, walkaround boats are incredible because they include a cabin used for piloting the boat and storing equipment and also allow you to physically walk around any portion of the boat for the purpose of fishing. There is an incredible range in size for this type of boat.

Driving your Toyota 4Runner with an attached boat trailer can prove to be a difficult feat, as set up is a somewhat extensive process. There are many things you need to remember to do before officially getting out on the road and heading to the lake.

The important thing you need to do is set up an appropriate hitch. Hitches come in different classes, each supporting a range of tongue weight and towing capacity. In the case of a Toyota 4Runner with a 5,000-pound towing capacity, you can get away with buying a Class 3 hitch that supports up to 7,500 pounds.

However, this does not mean your 4Runner will be able to tow 7,500 pounds and simply implies that’s what the hitch itself is capable of towing.

You also need to make sure that the hitch is properly set up and secured with tightened nuts and bolts. Safety chains must also be attached in the rare case that your trailer becomes detached from the hitch.

Setting up the hitch is important, but you also need to confirm that your vehicle is road-ready and capable of towing your heavy load. Because of the added weight, it’s imperative that you guarantee your tires are inflated properly to prevent steering difficulty while on the road.

When physically loading your trailer, it would be within your best interest to load the trailer with more weight toward the front. Not only does this provide greater security and stability in the trailer, but it also prevents limited traction and fishtailing. The general rule of thumb is between 55% and 60% of the weight in the front.

When you’re actually driving your 4Runner with an attached trailer, there are several general guidelines you need to follow to promote safety for yourself and others on the road. Here are some rules of thumb for towing a trailer.

No matter what your interests are when it comes to selecting a watercraft, the Toyota 4Runner is entirely capable of towing almost any type of boat you could possibly want. Whether you’re purchasing a boat for the purpose of relaxation, fishing, watersport, or socialization, there are plenty of options your 4Runner can tow.

If you don’t currently own a Toyota 4Runner and you’re just researching vehicles that would be capable of towing a boat, you might want to consider renting a 4 door Jeep or learning how to purchase a Jeep Gladiator or Grand Cherokee for an incredible price, as Jeeps are also very capable of towing larger loads.

What Boats Can a Toyota 4Runner Tow? [22 Examples] 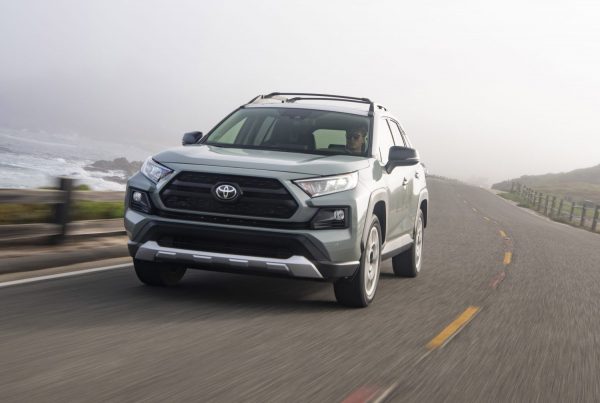 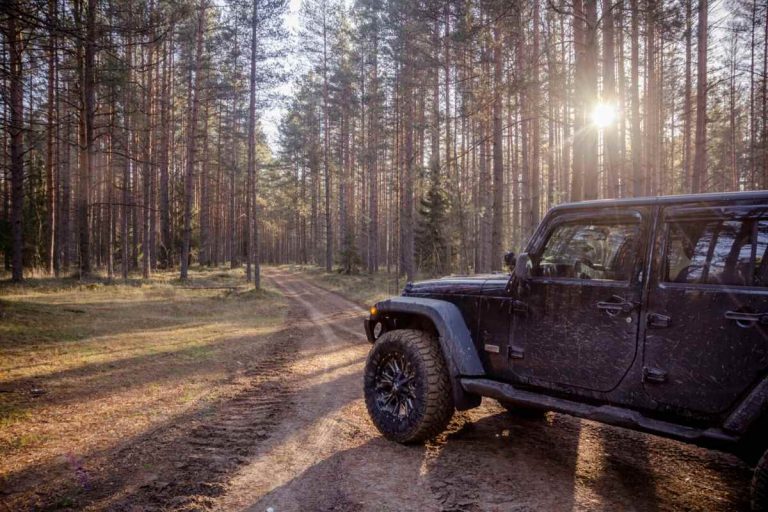 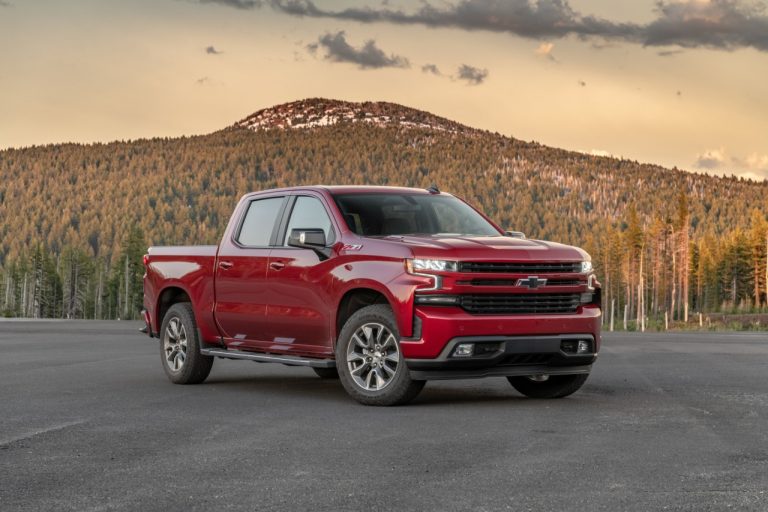 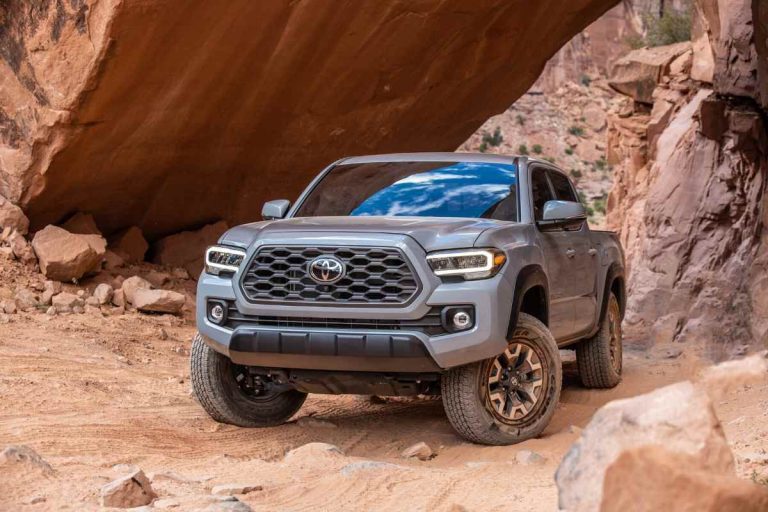 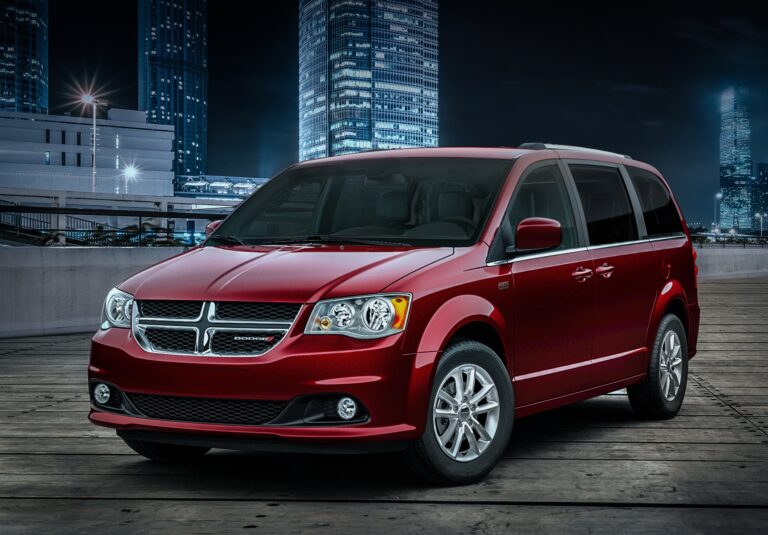