Spring is just around the corner, which means water sports lovers everywhere are thinking about getting their boats out of storage and de-winterized and getting their gear ready for the next several months of fun on the water.

Taking inventory of what you have, what you need, and what needs to be done to create the perfect season is a great place to start, and it isn’t too early to make sure everything is in one place.

An interesting question has popped up over the years about waxing the bottom of your wakeboard and the answer may surprise you. I’ve scoured the forums and put together an answer that should give you the confidence you need on the water!

Should You Wax a Wakeboard?

Should you wax a wakeboard? There isn’t a unanimous answer, but sometimes it might make sense to wax your board.

Wakeboards offer a lot of versatility on the water and they cater to every skillset – whether you’re a beginner or expert, there are ways to push yourself to continually get better.

If you are a beginner, just getting behind the boat and being pulled around the lake while occasionally crossing the wake might be enough for you.  But as you get better and more comfortable on the board you will start wanting to push the limits by doing tricks behind a boat and by going to cable parks to try your hand at some of the obstacles.

No matter where you are in your wakeboarding journey, learning new skills and continually growing as a wakeboarder will be an exciting and challenging endeavor for years to come.

Deciding if it makes sense to wax your board will depend on your skill level and what you plan to be doing for the day.

What Woes Wakeboard Waxing Do?

If you have experience with other board sports – surfing, snowboarding, skateboarding – waxing your board is done almost every time you go out, so it makes sense you would want to wax your wakeboard, too.

While you may be tempted to wax the bottom of your board for a day of riding behind the boat, it may be an unnecessary step, though it shouldn’t negatively impact the quality of your ride.

Waxing the surface of your board plays various roles in various board sports and is sometimes used for creating less friction, while other times it is used to create more friction.

In some board sports, there are huge advantages to using wax, while in others the advantages may not be as noticeable.

On a snowboard, waxing the bottom helps to hydrate the base to stop the pores from drying up, and will help reduce friction, keeping the board as fast as the day you bought it.  A snowboard moves when the board slides across the surface of the snow.

While the board will slide going downhill because of gravity, it will begin to slow down as your board gets older and more worn because there is more friction between the bottom of the board and the snow.

Wax reduces friction by filling the pores and scratches along the bottom of the board, creating a smoother surface and allowing the board to glide across the snow with ease.  Most snowboarders still cut their way down the mountain to reduce speed, otherwise, you would get going too quickly which may lead to not being able to maneuver the way you need to.

On a skateboard, riders often wax the bottom of the board or the corner of a surface to help decrease friction when doing grinding and sliding tricks.  Like on a snowboard, the wax helps to smooth out the scratches and other imperfections, creating a smoother, slicker surface.

When doing sliding and grinding tricks, the last thing you want is to slow down or hit a snag in the middle of a rail.  Having a smooth surface can mean the difference between completing a trick or falling on your face.

On a surfboard, bodyboard, or skimboard wax plays a much different role.  Instead of using the wax to create less friction between the bottom of the board and the water, the wax is used on the top of the board to increase friction, creating a more stable surface for the rider to stand on.

Surfboards are made from a dense foam (either polyurethane or polystyrene) that is covered with layers of fiberglass cloth, then finished with resin.  The resin creates a smooth surface around the board that glides across the water.

Without any wax the top will become slippery when it’s wet will make it more challenging for the rider to maintain stability and good footing.

When, And When Not, To Wax a Wakeboard

Unlike some of the other board sports we’ve talked about where waxing the board needs to happen every time you go out, waxing a wakeboard will only help sometimes.

Also, there isn’t a consensus on how much benefit waxing your board provides. A good rule of thumb, though, is to bring wax with you if you are going to a cable park and plan on doing tricks on some of the obstacles, otherwise waxing your board is probably unnecessary.

At a cable park, the typical setup is to have a small lake with cable towers that tow ropes attach to.  In the lake, there are ramps (kickers), rails, and other obstacles for riders to take advantage of.

Most riders go to cable parks to practice doing tricks they wouldn’t be able to practice on a lake behind a boat because most lakes don’t have ramps and rails for public use.

In a lot of ways, a cable park is like a skate park – a place where people can practice and spend time with other people interested in the same things.  With the similarity of cable parks and skate parks, it is no wonder that shortly after cable parks started to become popular riders started bringing wax with them for their boards.

There are two main reasons wax will give an advantage at a cable park and both are because of friction.  When hitting a ramp or rail on a wakeboard, friction between the board and the surface needs to be as low as possible, and that is where wax can be useful.

Before riders started using wax on their boards, the only lubricant was the water itself.  Riders would rider around the lake a few times spraying water on the obstacles they were using, hope it would still be wet and slick when they came back around, then ride the obstacle only to hit a dry spot where the board snags and slows down.

Just like on a skateboard, as the board is used more it will begin to develop scratches and other imperfections on the bottom that will cause more friction when going over obstacles.  The best way to lower the friction is to wax the bottom of the board.

This will help smooth out the imperfections and make it unnecessary to spray the obstacles before attempting your first trick for the day.  When choosing a wax, make sure to use one that is made for wakeboarding.  The right wax will repel water, making it last longer and be more effective.

On a more aesthetic note, some people also use wax on the top of their board to help prevent graphics from fading.  Just like on the gel coat of your boat, a quick coat of wax will help block the harmful UV rays that cause fading to occur.  It isn’t necessary for the performance of the board but may help keep it in better condition for longer.

You are being pulled at a constant speed, meaning less friction won’t be as apparent because you are only going to move as fast as the boat is pulling you.  I mentioned before that there isn’t a consensus on waxing your board – some people believe that waxing their board, even when being pulled behind a boat, helps them cut through the water better and allows them to have more speed going into a trick.

There isn’t a lot of evidence for this, though, and the advantage, if any, could be small.  One disadvantage to waxing is since your board is slicker on the bottom, there may be less stability when landing making it harder to stick the landing and provide more room for error.

Waxing your wakeboard isn’t necessary, but there are times when it might make sense to do.  At a cable park when you are hitting kickers, rails, and other obstacles waxing the board will give you an advantage because there will be less friction between the board and the surface of the obstacle.

Waxing will also provide some protection for the graphics when it’s applied to the top of the board.

Just like anything else in watersports, the final answer on whether you should wax your wakeboard, or not, comes down to personal preference.  If you have never waxed your board, give it a shot and see if you like it.

If you try it and don’t like the way your board rides, that’s okay!  Wakeboarding is all about having fun, trying new things, and getting better at your craft.  If you don’t try new things, you won’t know what you’re capable of.

Garrett grew up on the Chain of Lakes in Central Florida, spending afternoons and summer days wakeboarding, jet skiing and enjoying time in the sun and on the water with friends and family. Now, he likes to spend time traveling, learning new cultures by experiencing them as a local, and of course, getting pulled behind a boat whenever possible. 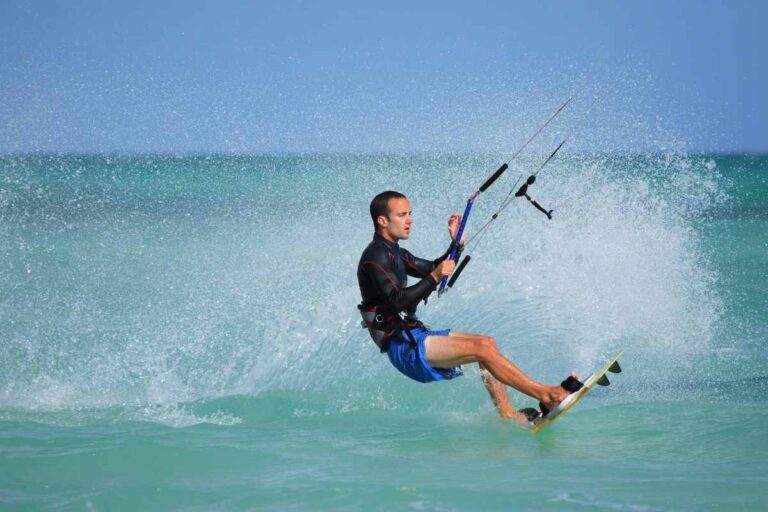 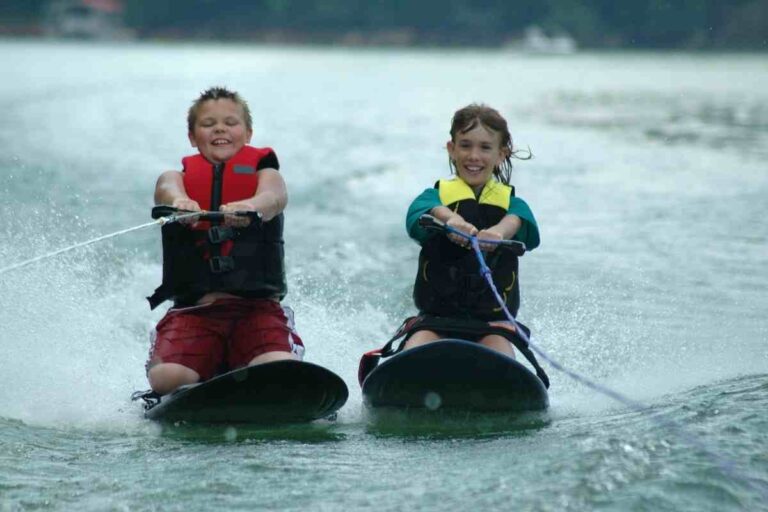 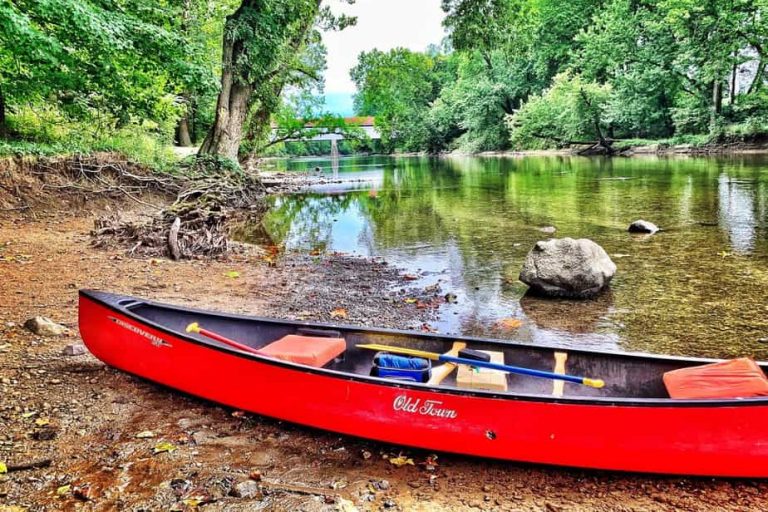 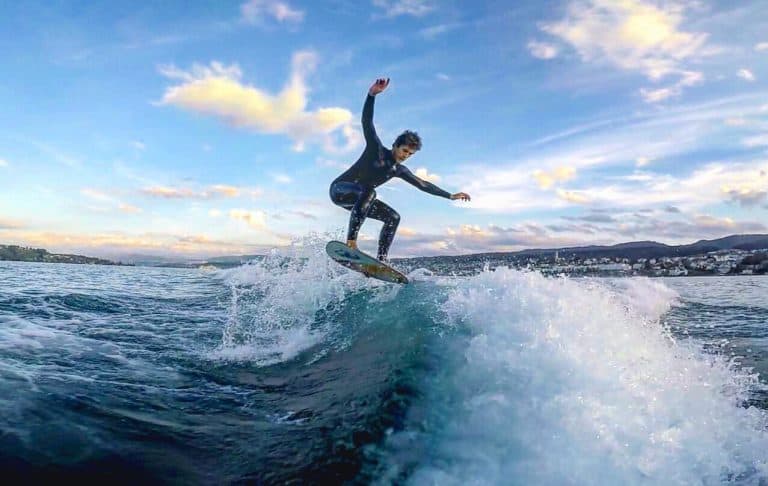 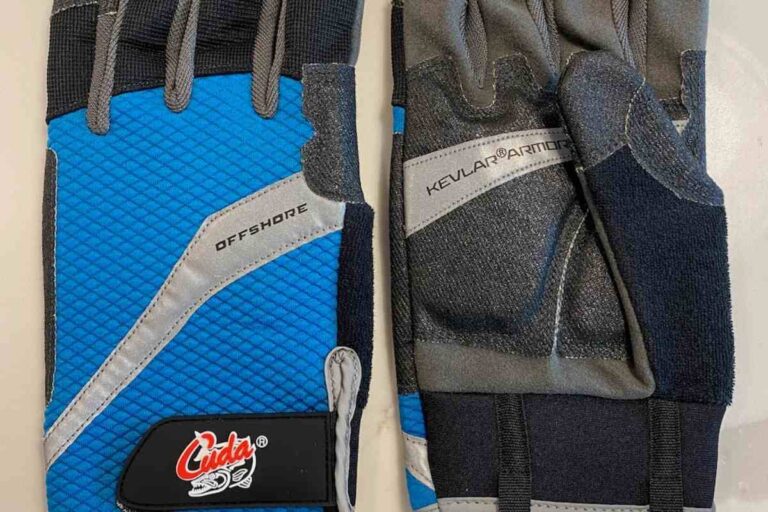 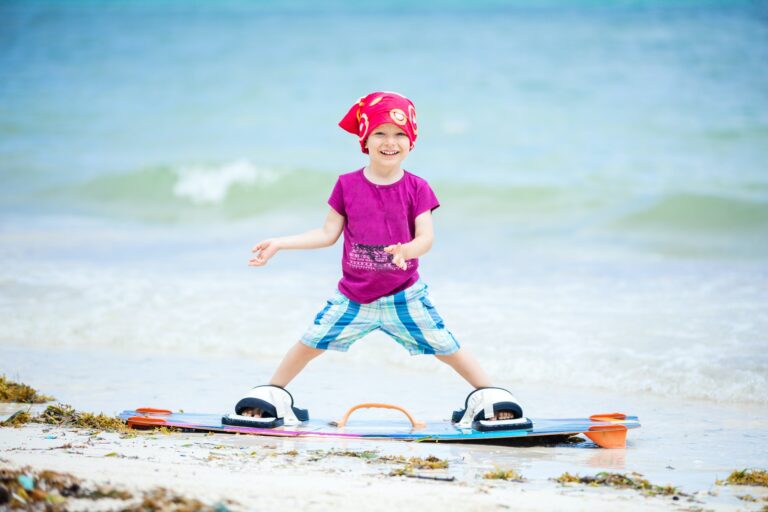