Sailing Catamarans: Do They Sink?

The biggest fear of most every boater is the fear of their boat sinking at sea. In this article, we will discuss if catamaran’s sink, if catamarans flip easily and how safe they are vs. monohull boats. We are specifically discussing sailing catamarans in this post but many of the same characteristics apply to power catamarans.

Let’s dive right into the details…

So, do Catamaran’s sink? It is very rare for a catamaran boat to sink, but yes, a catamaran boat can sink. The rarity of a catamaran sinking is due to their multihull design, the materials used in contruction, and the fact there are multiple compartments that hold air and keep the boat afloat.

With this being said, any boat can sink and catamarans are no exception. If there is catastrophic damage to both of the sponsons (hulls) then a catamaran can sink.

However, this is not usually the case. Catamaran’s very rarely ever sink. When a catamaran takes on water, there is typically enough buoyancy in the boat to keep it floating.

The reason many catamarans don’t sink is because of their design, the materials used in construction, and the fact a catamaran has multiple hulls. Even if one hull becomes fully submerged, the other hull could be watertight and provide the needed buoyancy to keep the boat afloat.

Are All Catamaran’s Unsinkable?

If you read any of what I wrote up above you know that not all catamarans are unsinkable. Especially older catamaran designs are more likely to sink than newer builds. This has to do with the advancement in naval design and the materials used to provide great buoyancy during construction.

However, there are many brands of catamarans that are designed and classified as unsinkable.

These characteristics lead many catamarans to be classified as unsinkable.

If you are a monohull fan and you are reading this article, I know this was in your mind. You see, one of the biggest arguments between monohull and catamaran owners is about the seaworthiness of each boat design, especially in rough water conditions.

So, do catamarans flip easy? No, catamarans do not flip easy. Most of the catamarans that you hear about flipping are racing catamarans that are highly engineered for maximum speed and they have very narrow hulls. Very rarely would you see this scenario play out in a cruising catamaran, but yes it is still a possibility.

I wanted to do a little further research on the topic and I found an older article posted back in 2012 by Multihull Central. While the article is several years old, the advice still applies today.

Here is what they had to say:

The vast majority of catamarans that capsize, usually do so by pitch-polling head over heels forward, i.e. by burying a bow and “tripping” over it, and the vast majority of these are racing catamarans. Most racing catamarans are built with very slender hulls to reduce the wetted surface area, which reduces drag which in turn increases speed. They also have large and highly efficient rigs, use daggerboards and often with a high aspect mainsail (squaretop sails – or in the case of the AC72s a hard wing sails), rotating rigs and run spinnakers or screechers. With the combination of a powerful and efficient rig with low resistance on the water from the hulls, the boat is able to accelerate very quickly to high speeds and create its own ‘apparent wind’. The ability to increase apparent wind is theoretically limitless providing the boat can keep up, and often this is where the trouble begins.
If the rig is powered up beyond a speed that the hulls are able to maintain, then the hulls can ‘trip’ the boat, usually by dipping the leeward hull which is under the greatest pressure from the rig, and then the rig continues to sail over the top and levers the boat over into the water. To prevent this, it’s up to the crew of racing catamarans to either depower the boat or rig to ensure it doesn’t get that point, or for the skipper to sail deeper to reduce the apparent wind – but when racing, things are pushed to the absolute limit.

Are Catamarans Safer Than Monohull Boats?

The question about whether catamarans are safer than monohull boats is a loaded question. This is one of the most highly contested questions for boaters who are trying to decide between a catamaran or a monohull.

Most of the bad reputation for catamarans came from poor designs back in the 60s and 70s that were usually home built boats.

Today, with serious advancement and naval design efforts to perfect the catamaran hull design, it is my opinion that the catamaran is at least equal to the monohull boat in terms of safety, but probably even safer than a monohull.

There are many factors that go into a boats safety: —-, but to me, I think of worse case scenarios. With the exception of a fire, most sailors of a monohull boat are rescued from a life raft, while catamaran sailors are often rescued from a capsized, but still floating sailboat.

If you are sailing the Carribean or on passage across the Atlantic Ocean, would you rather be stuck in a life raft or your sailboat?

This is the reason I give the edge to the catamaran. With this said, for all you monohull fans, you have plenty of reasons to love your boat.

Want More Info On The Pros and Cons Of Monohull vs. Catamaran Sailboats?

Go Ahead And Watch This Video Now! It Provides Great Information!

While all boats have the ability to sink, catamarans have become known for their seaworthiness, their stability, and their quality construction.

All of these factors make the catamaran boat design an attractive boat for many people.

It also might be one of the reasons the power catamaran has become such a hot boat, but we will leave that topic for another day.

For now, just know that while it is possible for a catamaran to sink, it is very rare! 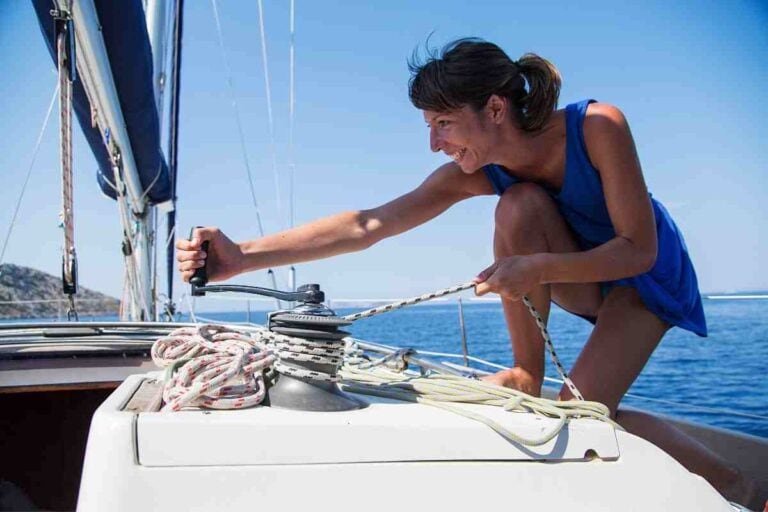 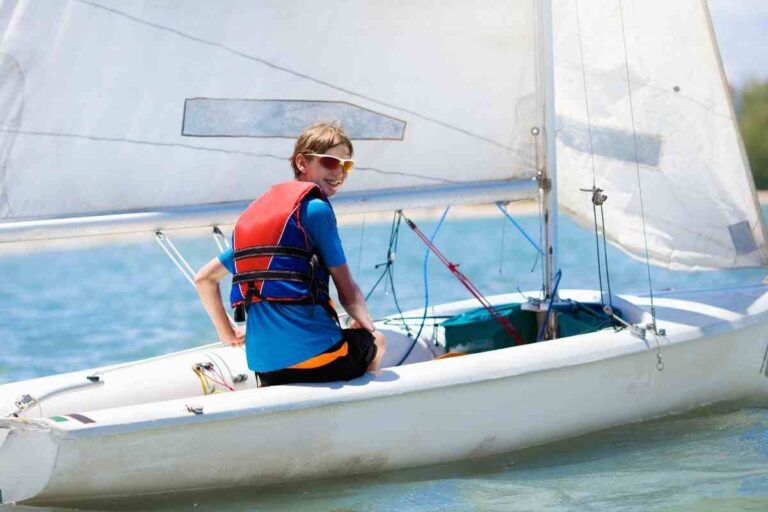 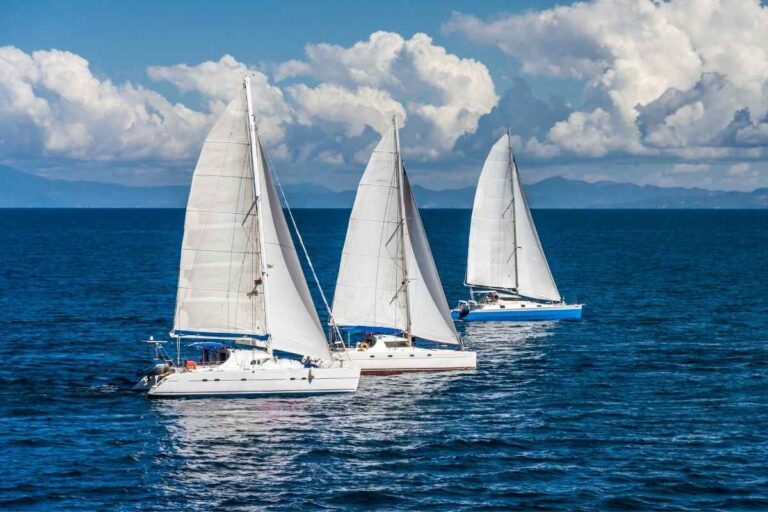 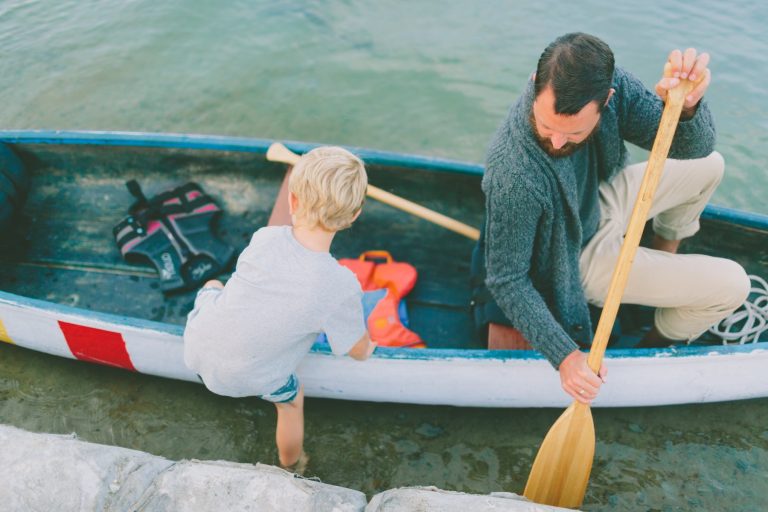 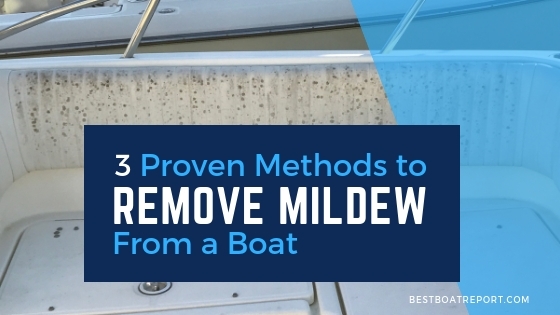