Jet skis are some of the most fun you can have in the water, but if you are looking for ways to extend your jet ski experiences or are considering a jet ski purchase for the first time, you may be wondering about jet skis and the ocean.

Here’s what you need to know about the risk of jet skiing out in the ocean and some tips to give you a successful ocean jet ski experience, as well as some of the reasons that you may want to try taking your jet ski out into the ocean.

Can Jet Skis Go In The Ocean?

It used to be that jet skis couldn’t go in the ocean because they were rather lightweight and unstable, making it easy for them to be tipped over in ocean waves. They also couldn’t hold very much fuel, dramatically reducing the amount of distance you could go out in the ocean or away from a refueling dock and making the risk of being stranded out at sea a strong deterrent from going out in the waves.

However, today’s jet skis are much more ocean-worthy than jet skis of the past. They are more stable, hold more fuel, and have become a great option for all kinds of ocean adventures. Taking your jet ski out on the ocean does come with a few more risks than using it in calmer waters which are well worth taking into consideration. Here are a few of those concerns:

Large waves can sometimes come up unpredictably even on a calm day in the ocean. Strong currents may be able to pull your jet ski offshore with surprising speed. If your jet ski is knocked over by a large wave or because of fast turns and you can’t write it again, a current can bring you away from shore. If your jet ski runs out of gas unexpectedly, you may find yourself drifting out to sea incredibly quickly without any way to get back to shore.

Risk Of Being Stranded

Unfortunately, many people don’t take the same considerations for their safety when using a jet ski out in the ocean as they may if they were using a regular boat. They may not have good communication equipment and a backup motor is pretty much out of the question. Therefore, if your jet ski breaks down or runs out of gas, you may find yourself stranded away from shore with no way of signaling for help.

Possibility Of Getting Lost

Unlike on inland waters, where it is very easy to get your bearing most of the time just by glancing at the shoreline, it can be surprisingly easy to be turned around out in the ocean. You may not realize where the shore is, causing you to go in circles or go the wrong direction until you run out of gas. Too often, people on jet skis do not think to bring the kind of navigation equipment that would be standard on another kind of boat

Danger Of Being Hit By Another Boat

When you are on inland waters, most of the boats you encounter are relatively small and won’t have any trouble seeing your jet ski. On the other hand, the ocean has much larger vessels like commercial fishing boats, cargo ships, or cruise ships.

A jet ski can be very difficult for these boats to see out on the water, which can put you at risk. Even if you are able to evade the boat, the tremendous wake that can be caused can cause your jet ski to turn over.

Debris In The Water

It is possible to encounter debris wherever you jet ski, but the ocean may be more likely to have hidden debris than inland waters. Driftwood, nets, trash, and more can all be dangerous obstructions when you are riding a jet ski. Hitting one of these obstacles can render your engine dysfunctional or even sink your jet ski.

How Far Offshore Can You Go In A Jet Ski?

If you would like to do some fishing from your jet ski or just want an exciting adventure offshore, you may wonder how far offshore you can go. Although jet skis have dramatically improved their fuel capacity in recent models, they are still some of the most fuel-hungry small craft out there. This is because of their capacity for speed and the driver’s tendency to accelerate and decelerate frequently. They also have relatively small tanks compared to other boats.

Most jet skis can hold somewhere between 10 and 20 gallons of gas, which means you’ll have anywhere from 75 to 150 miles of fuel, depending on how you drive and the conditions. Pushing against a strong wind or current or fighting against waves will reduce your fuel capacity. Therefore, you should never use up more than two-thirds of your gas when you are going offshore. Use ⅓ going out, ⅓ going in, and keep ⅓ in reserve for unforeseen circumstances.

Why Take A Jet Ski Into The Ocean?

There are a lot of reasons why many people enjoy jet skiing out in the open ocean. In fact, if you own a jet ski, you’ll find it hard to resist the urge to get out on the open ocean at some point. Here are just a few of the reasons why you may want to jet ski in the ocean:

Are Sharks A Concern When Jet Skiing In The Ocean?

If you are accustomed to inland jet skiing, you may not be used to the idea of large predators sharing the water with you. Of course, if you have jet skied in southern lakes, you are probably already accustomed to being concerned about alligators.

However, sharks are an entirely different concern with a different style of hunting. It is entirely possible that a shark would notice and be attracted to the speed and commotion of a jet ski. A jet ski sitting still out in the water can also be an attraction to curious sharks.

However, it is extremely unlikely for a shark to actually try to attack the jet-ski itself. The exception may be in places where are great white sharks may be found. Great whites often shoot up from great depths and launch into the air after a percieved seal, which they may mistake your jet ski for.

However, in those cases, you are unlikely to be bothered by sharks when on a jet ski.

Jet skis can be a lot of fun in the ocean. Provided you think ahead, plan out your trip, and follow some basic safety advice, you will likely have a great time jet skiing out in the open ocean. 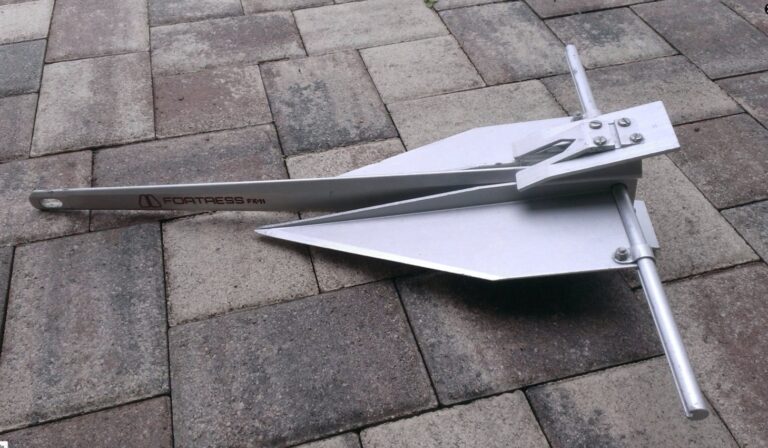 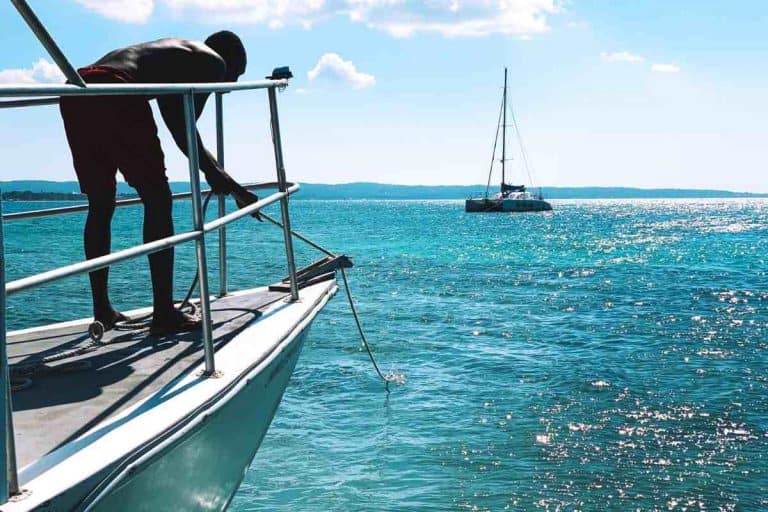 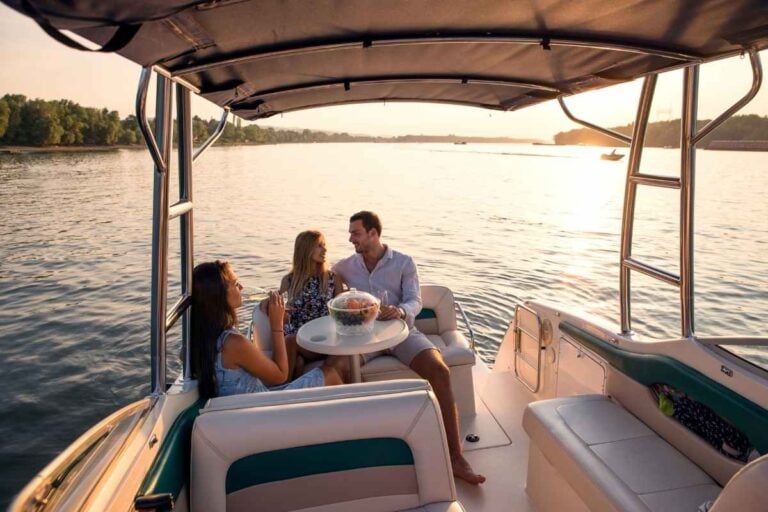 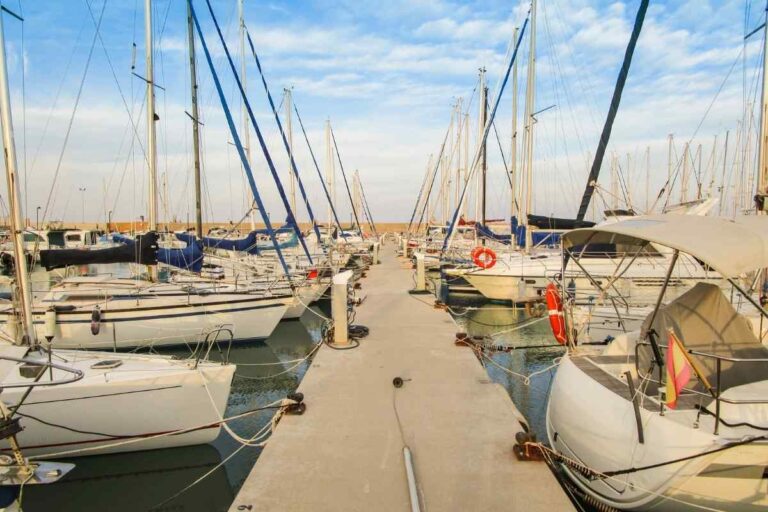 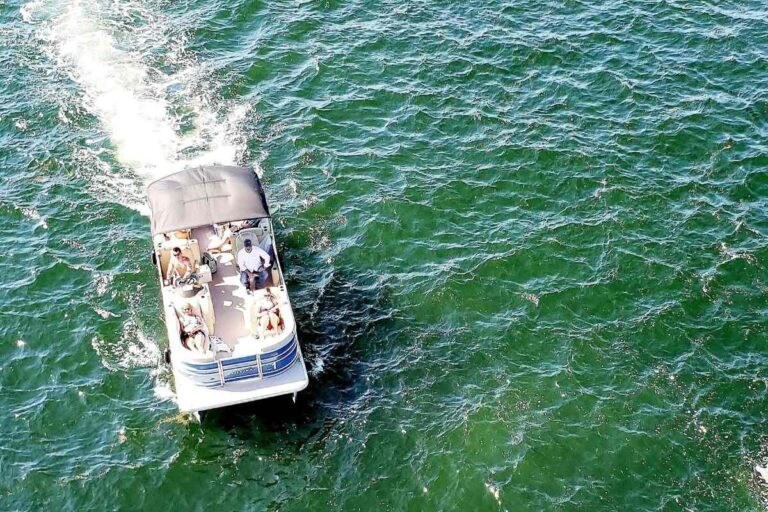