If you are around boats long enough you will probably have to deal with a bilge pump issue at some point in your boating life. Don’t worry, bilge pumps are pretty basic devices and once you understand what they are, how they work, you will be an expert on the subject.

A friend of mine was having issues with his bilge pump and as we were discussing what he needed to do, it got me thinking about bilge pumps and how to fix them. I did a little extra research on bilge pumps and this is what I found.

First, we need to determine what a bilge on a boat means.

What Does Bilge Mean On A Boat?

When water gets in a boat, it will typically run to the lowest point in the boat and that is the bilge. Boaters needed a way to get water out of the bilge and that is why the bilge pump was created.

What Does A Bilge Pump Do On A Boat?

What does a bilge pump do on a boat? A bilge pump gets unwanted water off or out of a boat. This unwanted water (known as nuisance water) could be caused by a catastrophic failure of a through hull fitting, a boat collision or even taking on water during a storm.

Other times, getting water in the bilge can just be a function of routine boating, but too much water is definitely a serious issue.

Do Bilge Pumps Come On Automatically?

Today, most bilge pumps come on automatically. This is because they are built with an automatic float switch that turns the bilge pump on when water levels in the bilge start to rise.

There are also bilge pumps that require a separate float switch or pumps that can be switched on manually from the helm with a bilge pump switch.

So this raises the big question…

What Happens if Bilge Pumps Fail?

So, what happens if the bilge pump fails? If a bilge pump fails unwanted water can fill up the hull of the boat. This could cause long-lasting damage or even cause a boat to if enough water were to come aboard the boat.

Bilge pumps are a critical safety device on your boat, and it should frequently be checked for proper operation. Many manufacturers have a multi-year warranty on their pumps so if yours goes out, you may want to check with the company who made it.

How Many Bilge Pumps Do I Need?

Since bilge pumps are critical to boat safety, this often leads boaters to wonder how many bilge pumps do I need on my boat? The number of bilge pumps required on a boat is determined by the size of the boat at the hull design. Typically monohull boats under 20 feet long will only have a single bilge pump. Multi-hull boats like a catamaran should have at least one bilge pump in each sponson.

Remember, redundancy of bilge pumps is a great thing to have on a boat that is taking on water! It may be just the thing that keeps your boat afloat so you can get back to the dock safely.

How Do I Choose A Bilge Pump?

In general bilge pumps are measured by the number of gallons of water they pump. Usually, the bigger the better when it comes to bilge pumps, but you should use the pump recommended by the manufacturer of your boat.

There are many good resources for selecting a bilge pump. I used this article from West Marine: How To Select A Bilge Pump

How Does A Bilge Pump Fail

There are many ways for a bilge pump to fail. According to West Marine, these are the most common reasons a bilge pump fails:

How a Bilge Pump Can Fail

Flow restrictions: Diaphragm pumps try to move the same volume continuously. If something restricts the flow, they work harder and harder until they stop pumping, at which point something usually fails. Centrifugal pumps respond to increased head pressure by moving less and less fluid until they stop pumping. The motor will not burn up, but the pump will stop moving any fluid.

Siphoning: The effect of siphoning occurs when a hose is led to a body of water above the starting point. If this water ever starts to flow backward it produces suction that draws water into the boat. This is one reason why bilge pump discharges frequently exit high on the hull well above the waterline. A vented loop can also be used to prevent back-siphoning.

Plugged Intakes: Bilge pumps with a remote water intake should have a strainer or strum box at the intake end of the hose, to prevent debris from clogging the pump or hose. Bilges are full of junk more often than not, so bilge pumps must be easy to clear and clean. The valves in some diaphragm bilge pumps are designed to pass objects as big as a marble, but hair and fiberglass strands are very difficult to defend against. Centrifugal pumps such as many we sell by Rule, Attwood, and others normally snap into a base that also serves as an intake strainer. Keep it clean!

Faulty wiring or a dead battery: Corrosive saltwater and contaminants from fuel, cleaning chemicals and oil from engines can wreak havoc on wiring. So along with keeping your bilge clean, make sure to use tinned marine-grade wire and seal your connections with waterproof heat shrink butt connectors and terminals. Keep your battery charged and monitor its status frequently.

What Is A Manual Bilge Pump?

A manual bilge pump is a hand operated pump used to get water out of the bilge of a boat.

I keep a manual bilge pump on every boat I have ever owned. I have only had to use them one time when rain filled up a hatch and clogged the drain tube.

Because I had the manual bilge on the boat I was easily able to get the water out a then clean the drain tube which would have emptied the water into the bilge for the automatic pump to remove the water.

This is the style of manual bilge pump that I use from West Marine on my boat. On my kayak, I keep a watergun that can double as a small manual bilge pump. Something like this is a good option [Amazon Link].

This is also a good option [Amazon Link].

What Is A Bilge Float Switch?

A bilge float switch is a device that floats up as water levels rise in the bilge. Once the bilge float goes high enough then it triggers a switch that turns on the bilge pump. Some boaters install float switches and then tie them into a horn or light to work as a bilge alarm to notify boaters of rising water in the bilge.

What Is The Purposes of A Bilge Pump?

A bilge pump removes unwanted water from the bilge (lowest part of the boat) and pumps it overboard.

What Is A Bilge Alarm?

Another name for a bilge alarm is a high water alarm. 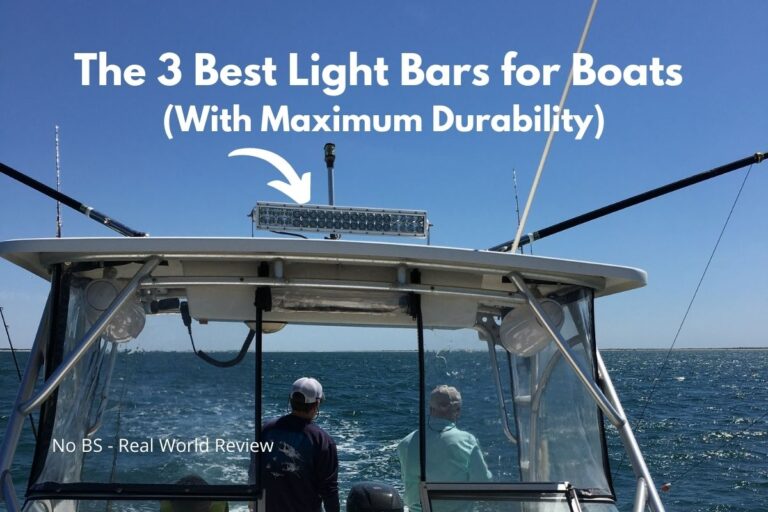 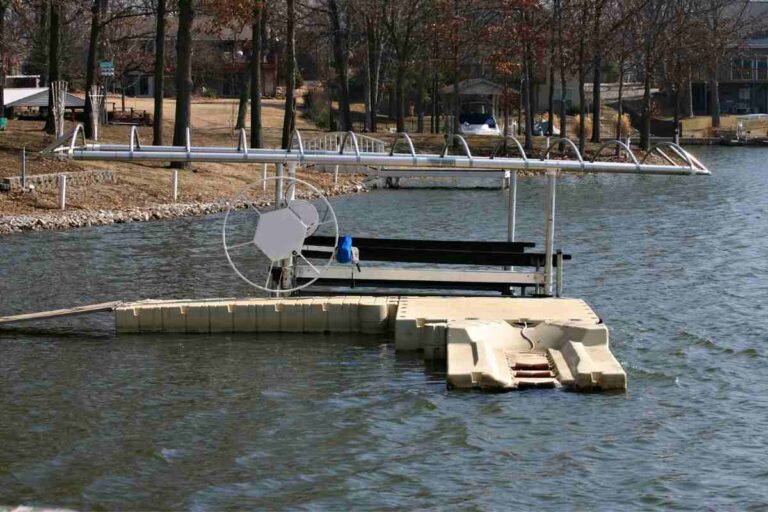 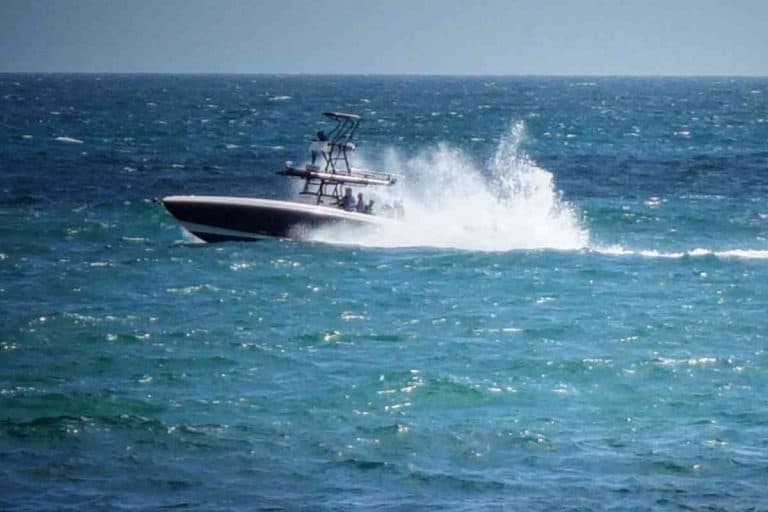 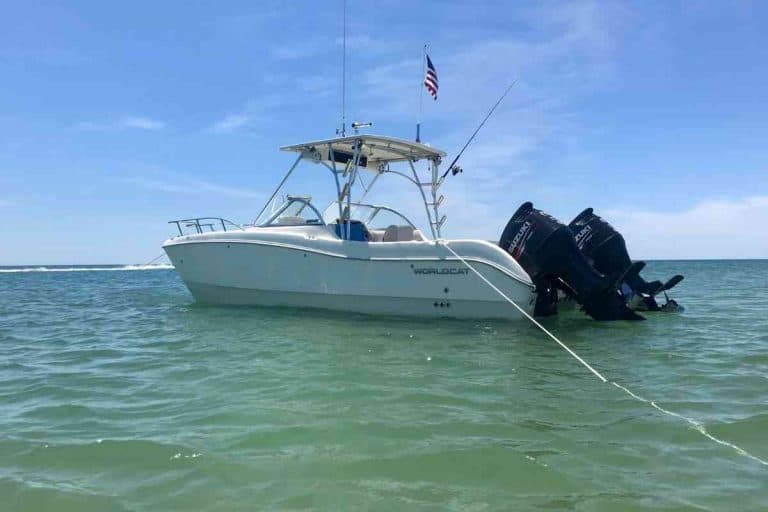 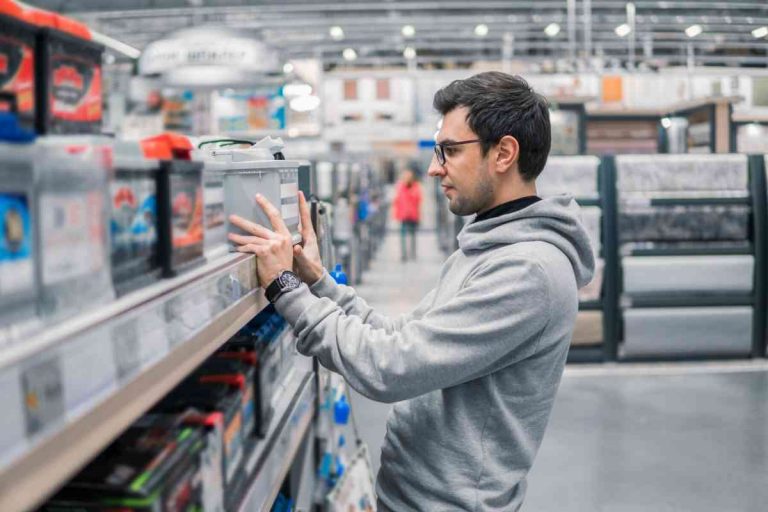 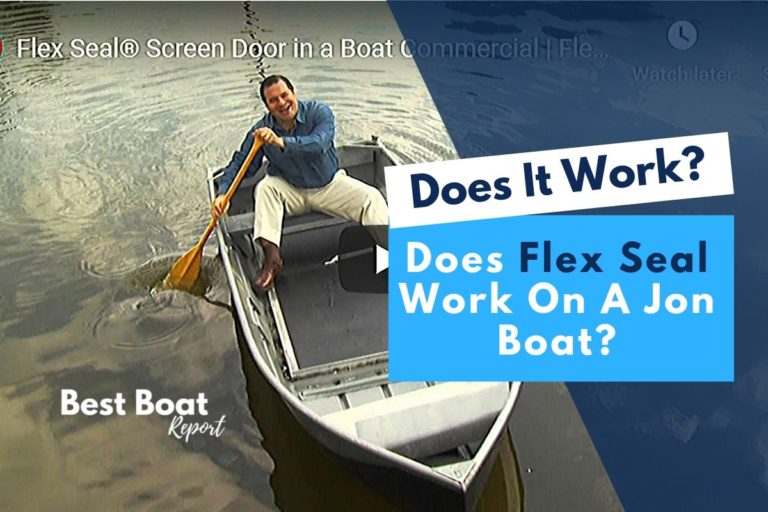